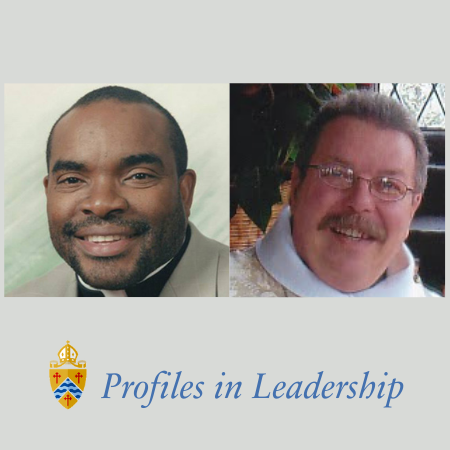 This is a new series of profiles of leaders in the Diocese of Long Island, beginning with some of the clergy who recently retired or transitioned in or out of the diocese. Future profiles will feature both lay and clergy leaders who are involved in the many diverse ministries of our parishes and other mission locations. 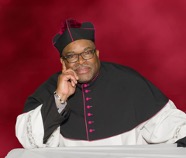 During Canon Donaldson’s leadership of St. Stephen and St. Martin’s parish in the Bedford-Stuyvesant area of Brooklyn the church building was transformed from a 146-year-old and crumbling, unsustainable structure to a “church of the 21st century,” now with the latest audio-visual technologies, a mezzanine, and a skylight to clearly "see the glory of God above.”

He also brought his rich and diverse experiences to his role in the parish. He migrated to the United States in 1984 with a scholarship to the Yale School of Medicine and Yale Divinity School. Starting in 1993, he served many organizations. including the New Haven Family Alliance, the North Hartford Family Resource Center, the Family Resource Coalition of America, and as principal of the Day School at the Church of St. Mark in Brooklyn, and then as Associate Priest at St. Mark.  In 2007 he became rector at St. Stephen and St. Martin’s.

For four years, parishioners gathered for worship in a rented basement of a local African Methodist Church. Although, parishioners sometimes called it “the wilderness,” the congregation gained members.  And all eagerly waited for the completion of their new building.

Donaldson took on the major renovation project just after assuming his role as rector. The parish leadership agreed that all people should see themselves reflected in the church; this was not going to be a church comprised of people only of a specific race or cultural identity – the church needed to change with the neighborhood and serve all the neighbors around them.

During the opening celebration of the newly constructed church, a parishioner said, “when Fr. Donaldson came here, the whole culture of the church changed.” When asked to reflect on this, Canon Donaldson recalled that in his West Indian culture, the dinner table is almost a sacred gathering space where everyone can come and eat. He applied this approach in his leadership of St. Stephen and St. Martin’s. “We are going to make room at this table for everyone – broken or whole, you can find love. If you come, we will love you.”

St. Stephen and St. Martin’s continues to be a growing and flourishing parish.

In June 2021, Canon Donaldson and his wife retired to Port Saint Lucie, Florida. 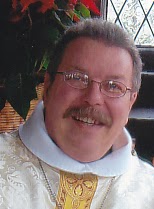 After 20 years as rector of St. Mark’s in Islip, Fr. Rick Simpson is looking forward to his next chapter, retirement in Oriental, North Carolina (sailing capital of NC). Simpson's leadership touched many Episcopalians across Long Island, as Dean of the Atlantic Deanery, three-time Secretary of Diocesan Convention, and as a member of the Mercer School Board of Directors. He also has served as Province of the Americas Chaplain, Third Order, Society of St Francis.

The church was always central to his family life. He says he knew he wanted to be a priest at the age of 16. His enthusiasm for fostering faithful community is palpable even as he is stepping back from his numerous leadership positions.

Fr. Simpson is leaving a legacy of a wide circle of highly engaged parishioners. One of his goals was to “expand the circle of leadership” and to involve more lay people in decision making. The fruits of this effort are now seen at the parish's All Souls Chapel and Columbarium. Church members had recognized a need for a columbarium when Simpson was relatively new to the parish. Over the course of five years, a “dream team” of lay leaders made this vision a reality.

Simpson’s guiding principle has been to ensure that the church is actively responding to the needs of the community. His parishes have organized food, housing, and clothing ministries.  At St. Mark’s, the parish expanded its food and clothing ministries to inclide a thrift shop and a partnership with God’s Provisions Food Bank.

Fr. Simpson attended seminary in Texas, was ordained in his home state of Michigan, and was Canon of the Cathedral and Jubilee Officer in the Diocese of Iowa.  He moved to St. Mark’s more than 20 years ago.

In their retirement in North Carolina, Simpson and his wife already feel at home and they have met a few Long Islanders in their new neighborhood. He plans to take the “Godly advice” of several bishops to “actually retire” for at least six months to take time to explore and appreciate his new community.