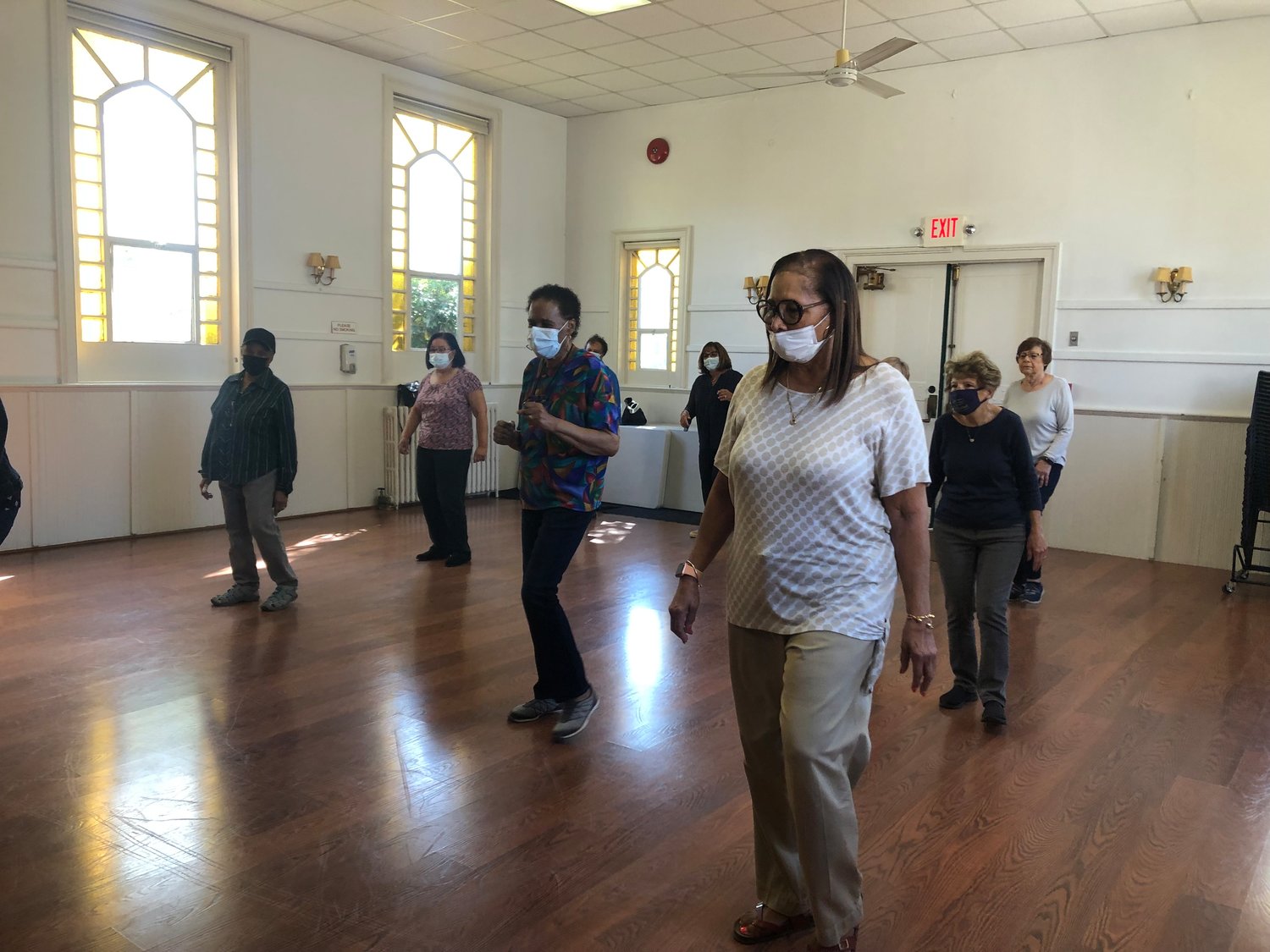 A seniors club that began in Valley Stream and ceased meeting at the beginning of the coronavirus pandemic has been revived at Trinity-St. John’s Episcopal Church in Hewlett with gatherings since September every Thursday at noon.

Now called Silver Bells, the club, Senior Program of Activities, Refreshment and Knowledge, known as SPARK, originated at Holy Trinity Episcopal Church in Valley Stream, but shut down as the church closed due to Covid.

Hewlett resident Ann Seligson, the former program director for SPARK who holds the same title for the Silver Bells, a paid position, considered the senior club a community necessity.

She began looking for other churches to host the program as soon as she learned that Holy Trinity would be closed, and through the pandemic kept in contact with 14 SPARK members interested in keeping the club going.

After finding Trinity-St. Johns and receiving a small, unspecified amount of money from the Episcopalian Ministries, SPARK was reinvented as the Silver Bells.

Silver Bells member Joan Wisniewski, from Oceanside, joined SPARK nearly four years ago. “She comes up with the most marvelous, fun things to do,” Wisniewski said about Seligson.

Being a Thursday, nearly 20 seniors attended the Oct. 21 gathering for some exercise and enjoy one another’s company at the Silver Bells afternoon line dancing class.

Rev Christopher Ballard, Trinity-St. John’s pastor, who has shown his support for the group, joined the dancing. After line dancing, members sat in the sun for an outdoor lunch.

The club is a mixture of original SPARK program and newcomers recruited by word-of-mouth. Seligson said there are now at least 26 members.

Although she has been a member for just a few weeks, Liz LeSeur, of East Rockaway, said she has enjoyed the entertainment that the club offers, “and the camaraderie — it’s really nice,” LeSeur added.

Valley Steam resident Carol Calvert joined SPARK in 2014 and is now a Silver Bells member. Calvert knows a lot of people who are interested in joining the club, most likely next month and thinks that membership will eventually rise to 100 people.

She noted the spaciousness of the program’s new meeting sit, which has a kitchen that will be used to host club cooking events and a larger common area.

“The old place couldn’t accommodate a lot, but here, we can accommodate so much,” Calvert said, “I think because of that — it’s open, its inviting, its beautiful — more people are going to come.”

Calvert thinks the program is definitely needed because of the isolation due to Covid. “Coming out even only once a week, it gives ourselves something to do,” she said, “it helps us stay younger and helps us with our injuries, because we’re learning how to do things [like chair yoga] — it’s a good program.”

Due to limited funding, Seligson said: “Unfortunately, it can only be one day a week, but it is something that they [members] look forward to.”

People can donate to the club through the church. To fundraise, Seligson encourages anybody to come to Thursday afternoon club meetings to buy a $10 ticket to the Silver Bell’s  Dec. 4 Bell Concert at 2 p.m., a holiday show by a professional bell ringers’ group, held at Trinity-St. Johns. “I’m telling you,” Seligson said, “it’s so beautiful — this concert, it’s unbelievable.”

The worldwide pandemic has threatened many of the businesses you rely on every day, but don’t let it take away your source for local news. Now more than ever, we need your help to ensure nothing but the best in hyperlocal community journalism comes straight to you. Consider supporting the Herald with a small donation. It can be a one-time, or a monthly contribution, to help ensure we’re here through this crisis. To donate or for more information, click here.

Other items that may interest you