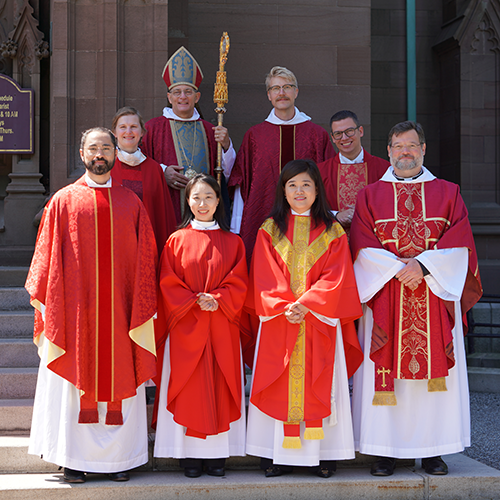 Despite the closure of churches for regular worship for several months during the pandemic and the ongoing impact of safety regulations and virtual worship, the Episcopal Diocese of Long Island hosted the single largest ordination in the diocese in over three decades. Much of the ordination process for the seven new priests had to be adapted to comply with pandemic guidelines. The new priests completed over half of their seminary education remotely and, at the time of ordination, many had not seen each other in over a year.

The Rev. Dr. Carl Adair, who will continue to serve at Zion Episcopal Church in Douglaston, Queens noted that there was certainly some adaptation and loss in this virtual experience, but it also opened the doors for new possibilities. He reflects:

“The pandemic has been a call to transform what we understand the church to be. At Zion, we intentionally created spaces in the pandemic that signaled to people that the celebration of the Body of Christ is a participatory gathering. But in this new form of participation, people worshipped from their homes, during their commutes to frontline jobs, and while managing other responsibilities. It actually brought God into our lives in new ways. It wove together worship and other elements of our lives – including direct service to our communities.” 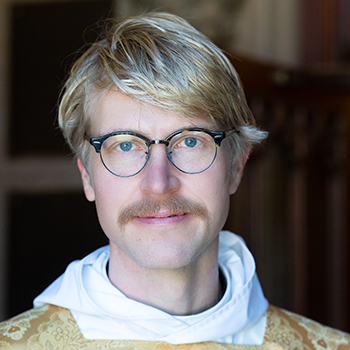 The Rev. Dr. Carl Adair is Assistant Rector at Zion Episcopal Church in Douglaston, Queens. He has served at Zion for the past 2 years as the seminarian intern, and is proud to be a part of Zion's creative and missional response during the difficult days of this pandemic. As he steps into priestly ministry, he gives thanks for the support of Zion and of his sponsoring parish, All Saints' Park Slope.

A native of Rochester, NY, Carl is a recent graduate of Episcopal Divinity School at Union Theological Seminary. Before seminary, Carl worked in the restaurant industry and as a teacher’s aide with elementary school students with disabilities. He also earned a Ph.D. in English Literature at Princeton University: his dissertation traced the intersecting histories and common problems of academic literary criticism and biblical scholarship in the late 19th and early 20th centuries.

While at Princeton, Carl also taught college English in two New Jersey state prisons, and was a founding member of the MAVRIC Project, an alliance of male-identified students, faculty, and staff seeking to embrace a masculinity rooted in compassion and connection, and to stand for a community in which people of all genders can thrive. 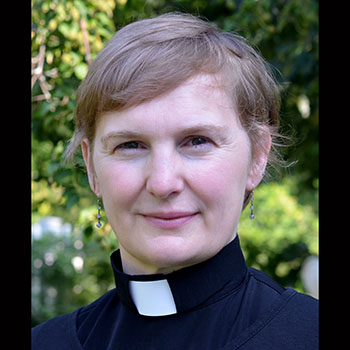 The Reverend Liselotte “Lilo” Carr Rivera is Curate/Assistant Rector at St. Ann’s Episcopal Church in Sayville, NY. Baptized in the UCC-Congregational tradition and the granddaughter of a Methodist minister, Reverend Rivera attended St. Paul’s Episcopal Church in Brooklyn, NY for over 20 years. She holds a Bachelor of Fine Arts from the Massachusetts College of Art in Boston, MA and worked in corporate America for nearly ten years as a graphic designer. In 2006, Reverend Rivera earned a Master of Social Work with a concentration in groupwork from the Silberman School of Social Work at Hunter College in New York, NY. She has worked on the psychiatric inpatient units at Bellevue Hospital and as a family and individual therapist for the Jewish Board for Family and Children. She served as the palliative care chaplain for three years at NYU Langone Brooklyn. In 2021, Reverend Rivera graduated from the General Theological Seminary in New York, NY with a Master of Divinity and Certificate in Spiritual Direction. She was ordained as a transitional deacon in January 2021. In her ministry, Reverend Rivera aims to create spaces for every person to seek Christ, individually and collectively in Christian community. Her passion is to empower people toward personal intimacy with Jesus Christ, as they live into their call as agents of God’s love and justice in the world. 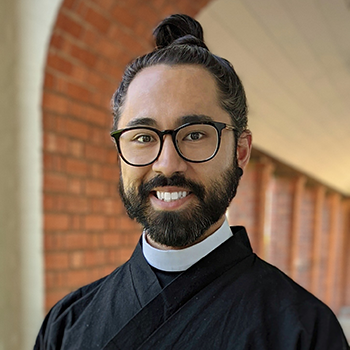 The Rev. Joseph Cundiff earned his Master of Divinity from Yale Divinity School and his Diploma in Anglican Studies from Berkeley Divinity School at Yale. While at Yale, Joseph played an active role in developing communities for seminarians of color within Berkeley, Yale, and The Episcopal Church, as well as communities for multi-ethnic students at YDS. His undergraduate studies were completed at The University of Alabama, earning his Bachelor of Arts in French Language and Literature with International Honors. Joseph has previously worked as an English teacher in Korea and as a paralegal in New York City. 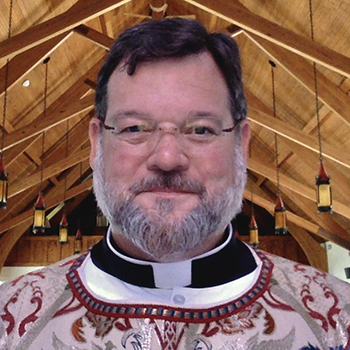 The Rev. John M. Hunt is currently clergy-in-charge at St. Thomas, Farmingdale.  He will continue in this capacity following his ordination to the priesthood.

A native of Long Island, John worked in finance for 20 plus years, both internationally and nationally.  Following the financial crisis of 2008, John managed investigations at failed banks under receivership.   John was educated at Princeton University (AB) and received a Master of Science from NYU.  He read for his Master of Divinity at Berkeley at Yale (2018).  John also holds a Master of Sacred Theology from Yale, with a focus on philosophical theology and the wisdom of the Desert Mothers and Fathers.

While at Berkeley/Yale, John enjoyed serving as chaplain at Christ Church Community Soup Kitchen, New Haven.  He also performed a summer internship at the cathedral of the Reformed Spanish Episcopal Church, Madrid, and completed his CPE at St John’s Episcopal hospital.  In 2020, John was named a Porter Fellow for 2020-2021, although the pandemic eventually ended the possibility of working in Jerusalem, John was able to work for one of the sponsoring agencies, Jerusalem PeaceBuilders.

John and Lani Remick, enjoy reading, swimming, cooking, being near the sea, and going for long, energetic walks. 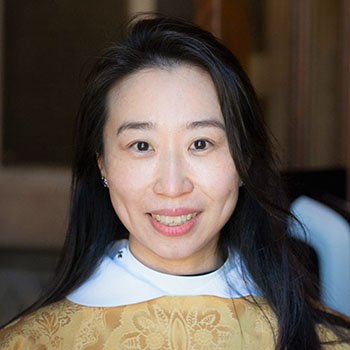 I was born in Korea in 1976 and raised in the faithful family of Anglican tradition.  My great grandfather was one of the first generation of Korean priests of the Anglican church of Korea and he died in North Korea during Korean war for his faith in Christ.  It significantly influenced my identity as a Christian.  I obtained Th.M. from Ewha Woman’s University in Korea and worked for faith formation of children, youth, young adults, and lay people at the Diocese of Seoul.  Participating as a delegate in many kinds of Anglican and ecumenical conferences, I contributed to building networks and they widened my views on theology and various religious practices. My experiences of staying in various faith communities like Anglican convents, Taizé, Quaker center and L’abri and meeting with North Korean refugees in China and indigenous Africans in Kenya are important parts of my spiritual journey. I believe they will be an important asset for my future pastoral activities.

In 2007, I came to the United States and I am a mother of two kids. Being a mother with a prayer life surely helps deepen my spirituality. As a woman of color and an immigrant, I feel I have a special calling as an Episcopal priest here and now.  In May of 2021, I got a Masters of Sacred Theology from the Episcopal Divinity School at Union Theological Seminary. 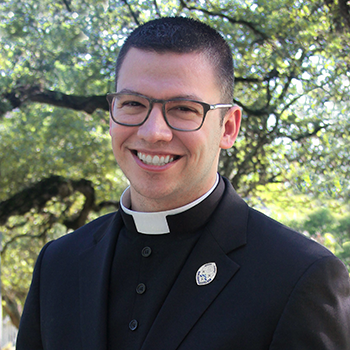 The Rev. James E. Reiss was raised up by Trinity Episcopal Church in Northport Village for ordination. James did his undergraduate work in Religious Studies and Psychology at the State University of New York College at Old Westbury. The last three years, James completed three years of studies at the Episcopal Seminary of the Southwest in Austin, Texas. While at SSW, he was a weekly music minister for misa en español and has enjoyed directing music for jazz Evensongs and Eucharists at seminary community services.

Academically, James concentrated his studies in subject matters surrounding grief and loss, trauma theology, and counseling techniques. With James’ electives, he is the first graduate from the Seminary of the Southwest with a concentration in Military Chaplaincy. During and after his curacy, James will serve as a reservist chaplain in the United States Navy.

Before attending seminary, James worked in the secular world and in various capacities within churches throughout Long Island; this includes his work on the Bishop’s staff with diocesan Youth & Young Adult Ministries under the direction of Canon Myra Garnes. James is assigned as the new Curate at Centro Franciscano, Riverhead where he will work with their vicar, The Rev. Gerardo Romo-Garcia. James is overjoyed to be serving the Latinx people on the East End of Long Island for the next two years. 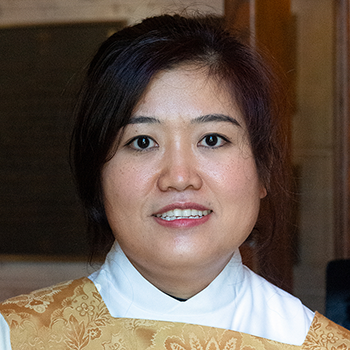 The Rev. Lu Zhang is a transitional deacon of the Diocese of Long Island. She graduated from the Episcopal Divinity School at Union Theological Seminary. She is also the co-secretary for the Episcopal Asiamerica Ministry Chinese Convocation.

Lu has been called to serve as Curate at the trilingual parish, St. George’s Church Flushing. She is looking forward to continuing to serve God’s people and for the mission of God.